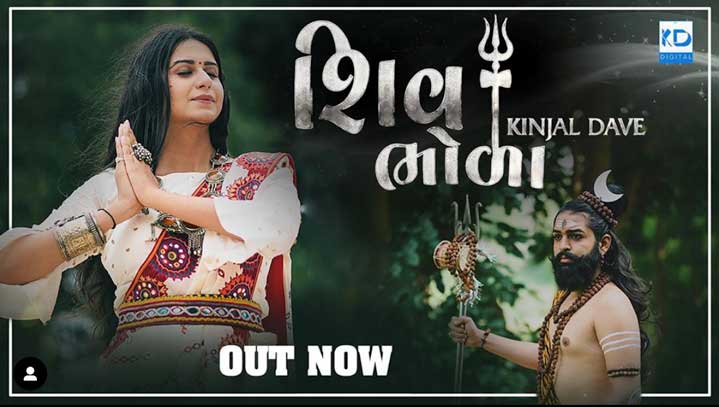 Kinjal Dave releases a new track called “Shiv Bhola” as a tribute to lord Shiva on the onset of Shraavan month. The song is composed by Jitu Prajapati and written by Rajan Rayka and Dhaval Motan.

Born on 24th November 1999 in Banaskantha, Gujarat, Kinjal Dave, got inspired to sing by following her father and uncle who used to write and sing Gujarati songs. Her singing career started at the age of 7. She released her first song ‘Janediyo’ in 2015 and gained immense popularity with her song ‘Char Bangadi Vadi Gadi’ in 2017. She has released more than 100 music tracks and performs live at many stage shows in national and international events.