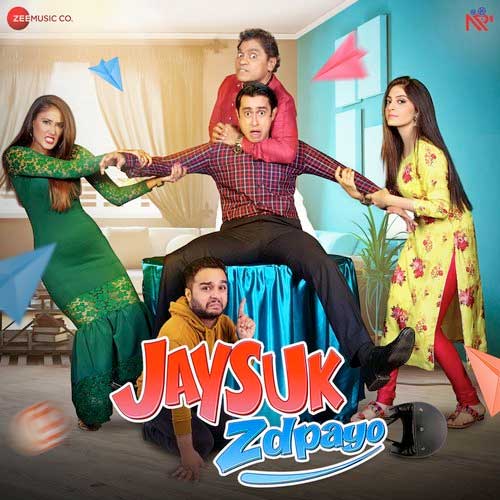 Much awaited film Jaysukh Jadpayo has finally been released on the big screen (3rd June 2022). Starring Johnny Lever, Jimit Trivedi, Puja Joshi, Hardik Sangani, Anang Desai and many more, this film is sure to keep a smile on your face till the end. It has been directed by Dharmesh Mehta and written by Amit Aryan and Sanjay Chhel. This movie earned a solid rating of 9.8/10 from renowned IMDb.

This film is a light-hearted comedy which will fill your heart with happiness. It is about a love triangle and revolves around such elements along with family comedy. The performance of the actors, especially Johnny Lever and Jimit Trivedi is commendable. There is chemistry between the lead actor and Love interests.

As for the music of the film, it is very energetic,  especially the title track which is sung by Sukhwinder Singh and lyrics by Medha Antani. It is a vibrant song with elaborate instrumental work and melody, making it a likeable song.

Overall, the film is worth watching with family due to its enjoyable comedy scenes. It  has been describes as a ‘fun and entertaining film’. Click the link below to watch behind the scenes of the film.

← Ghantadi: single out now! Vash: First look at the poster of a thriller Gujarati movie →